You have the option of either letting Quickbooks Online generate Invoice numbers for you or using FileMaker to do it.  Either one will work. But there are some differences to be aware of. You may also need to change a setting in QuickBooks Online.

If you let Quickbooks do this for you, you won't get the Invoice Number back into FileMaker until you do a sync.  This may be OK, if you are sending the invoices to your customers with Quickbooks Online's built-in Email feature.

The simple starter file is setup to let Quickbooks generate the Invoice Numbers. You can change this by adjusting the auto-enter calculation of the DocNumber field.

If you want QuickBooks to generate the numbers for you, you'll need to turn off "Custom transaction numbers". 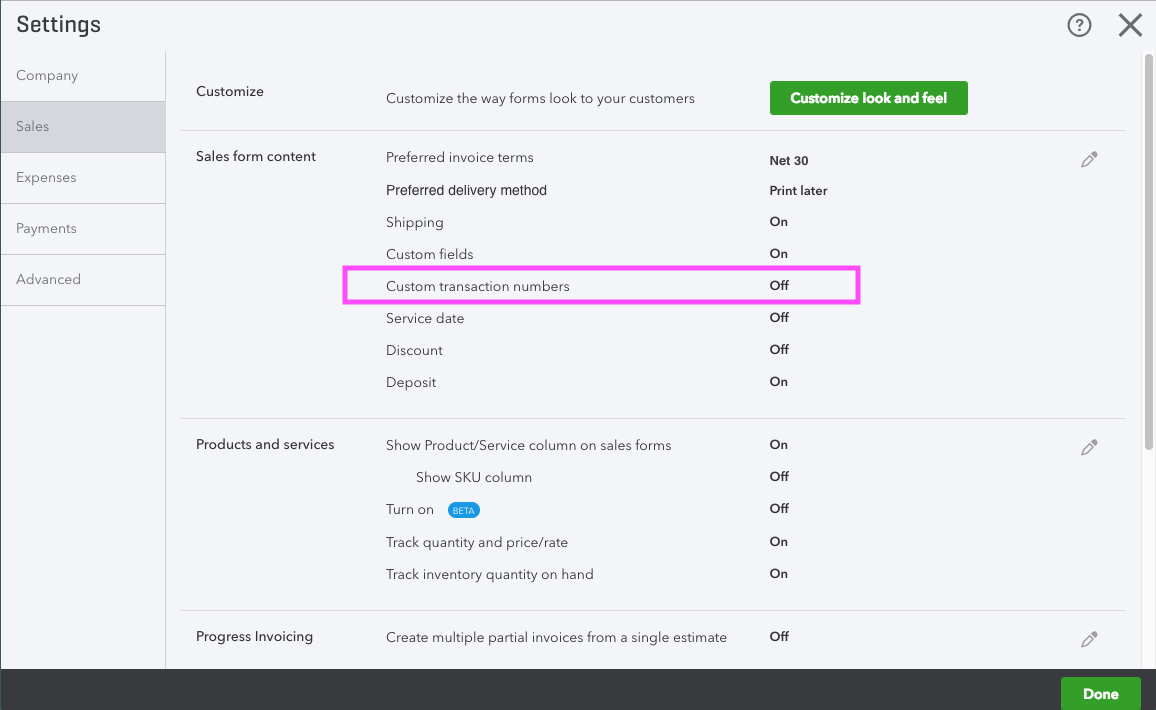